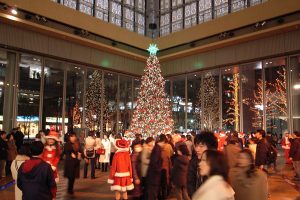 Across the U.S. stores are closing at unprecedented rates. Retailers are filing bankruptcy and malls are slowly becoming ghost towns.

However, while the physical brick and mortar stores continue to struggle, consumers are spending more than in years past.

Confidence is at a 17-year high, while unemployment remains very low, and shoppers have additional cash to purchase. Consumers are finally all recovered from the 2008-2009 recession and more.

The problem retailers have is not people willing to buy, but where they are buying.

Following the recession, spending started to shift to online. In a case of terrible timing, retailers in the U.S. built new stores by the thousands in the 10 years prior to the recession, when there was a thriving economy.

Many analysts do not think the demise of the retail industry is as bad as it has been described, instead there is a retrenchment the industry faces because of the overabundance of store they have.

Finding the right mix, keeping the right number of brick and mortar locations while maintaining pace with demand online, will be the survival secret for retailers.

CEOs at Urban Outfitters and Payless conceded there are too many stores in the U.S.

Retailers know having brick and mortar locations is not enough any longer. They must have a strong presence online to survive the change in consumer spending habits.

Sales online are expected to increase, and sales at physical stores are estimated to continue contracting.

Amazon by 2021 is expected to account for more than half the marketplace online.

This holiday shopping season, consumers spent record amounts online including $5 billion just on Black Friday. That is a jump of 17% over last year.

Do not expect all sales to move online. For many retailers, having a brick and mortar locations remains very important to the business models they have. Close to 88% of all U.S. purchases still are at physical locations, and these stores still produce major revenue.

In just the current holiday season alone, it is projected that shoppers will spend over $420 billion at physical store locations.

Experts say Walmart is the best example of a retailer getting the right mix. It has gone on an acquisition spree buying Jet.com, Bonobos, Moosejaw, ModCloth and several more online shopping sites in its attempt to keep pace with Amazon.